Nyx at Night is a Halloween event hosted by me over at my book blog, Nyx Book Reviews. To see all of the Nyx at Night posts so far, go here. 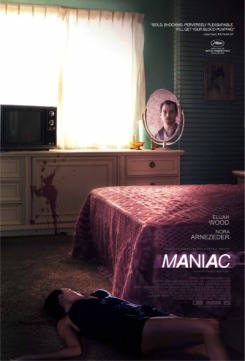 So I found this movie on a list of Nexflix movies, and the premise sounded too good to pass up. Cuddly Frodo Baggins playing a crazy mannequin man turned serial killer? I have to see that.

Apparently this movie is a remake of a 1980 movie. I haven’t seen the older Maniac, so I don’t know how the two compare, but I do know that this edition is frigging disturbing. It goes much further than the usual hack and slash movies go. Where a regular horror movie blacks out or changes the shot, Maniac keeps the killing right in your face. It’s extremely uncomfortable watching, having scenes where the victims of Frodo’s killing tendencies are hunted and graphically killed without a shot of his face to break up the intensity. 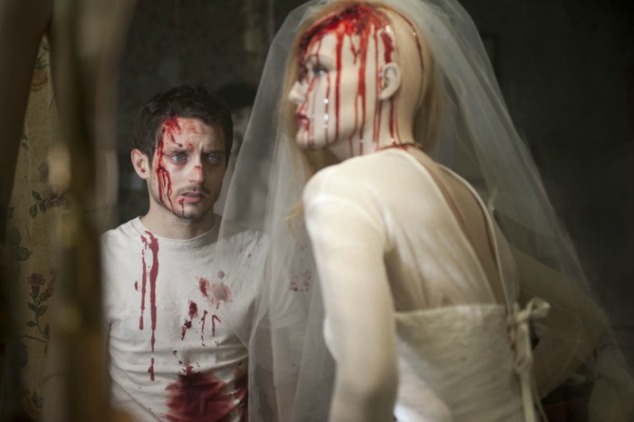 Almost eighty percent of this movie is shot in first-person view, and I have to say that it has the best first person shots I’ve ever seen. Generally we only see Elijah’s face when he looks into mirrors or reflecting objects, and the camerawork was seamlessly done. It definitely added to the claustrophobic atmosphere of the movie.

I’m not sure if I would ever say I liked this movie, since saying that kind of resembles saying “Jack the Ripper was an upstanding lad!”. It’s meant to make you uncomfortable and freaked out, and that’s exactly what it does. Especially if mannequins scare you.

4 thoughts on “Nyx at Night: Maniac”