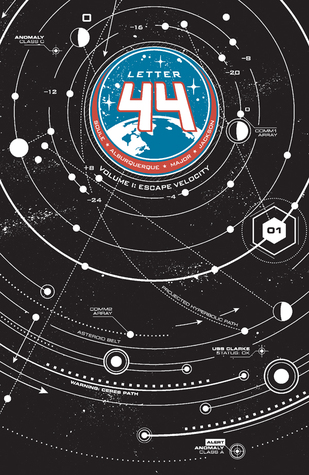 One thought on “Letter 44, Vol. 1: Escape Velocity by Charles Soule”